He was then joined by Mr. John Terry and they were both entrusted with the sign and secrets of the First Degree.

The W.M. addressed both candidates in the West, and W. Bro. Derek Warner addressed then in the North East part of the Lodge.

On conclusion, the Worshipful Master then congratulated Bros. John Terry and Michael Lee and welcomed them, on behalf of the brethren, into the South Kent Lodge.

Both candidates were then introduced to their personal mentors.
Bro. John Terry to Bro. Marc Terry, and Bro. Lee to Bro. Mark Smith who both then congratulated them.

On behalf of the South Kent Lodge, W.Bro. Mick Smith presented W.Bro. Brian first with a Crystal Trophy, engraved with the emblem of the Lodge and a suitable inscription and then with a 50 year Masonic pin.

W.Bro. Brian thanked W.Bro. Roger Odd, W.Bro. Mick Smith and the members of the Lodge for their presentations

It was a happy and enjoyable meeting from start to finish, seeing two Initiates starting their journey into Freemasonry followed by W.Bro. Brian Ledger celebrating his 50 years in Freemasonry.

We are sure Bros. John and Michael, plus W.Bro. Brian will look back on this evening as very special. 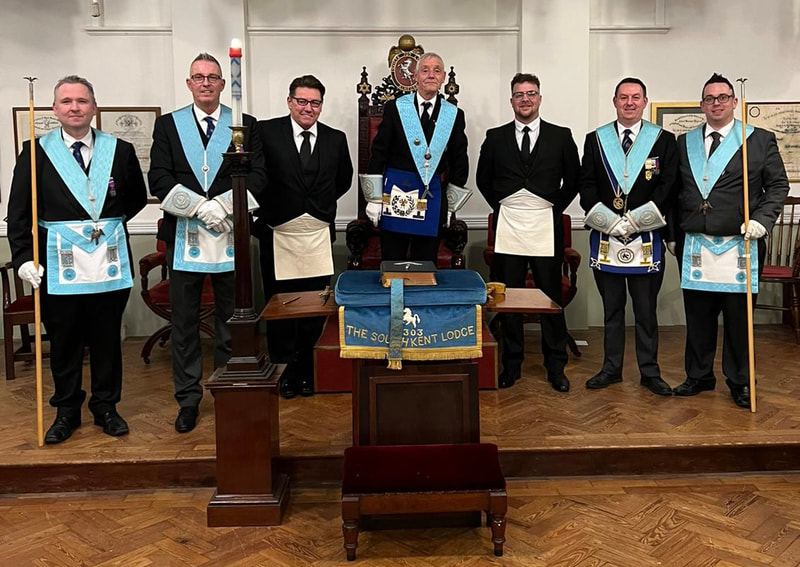 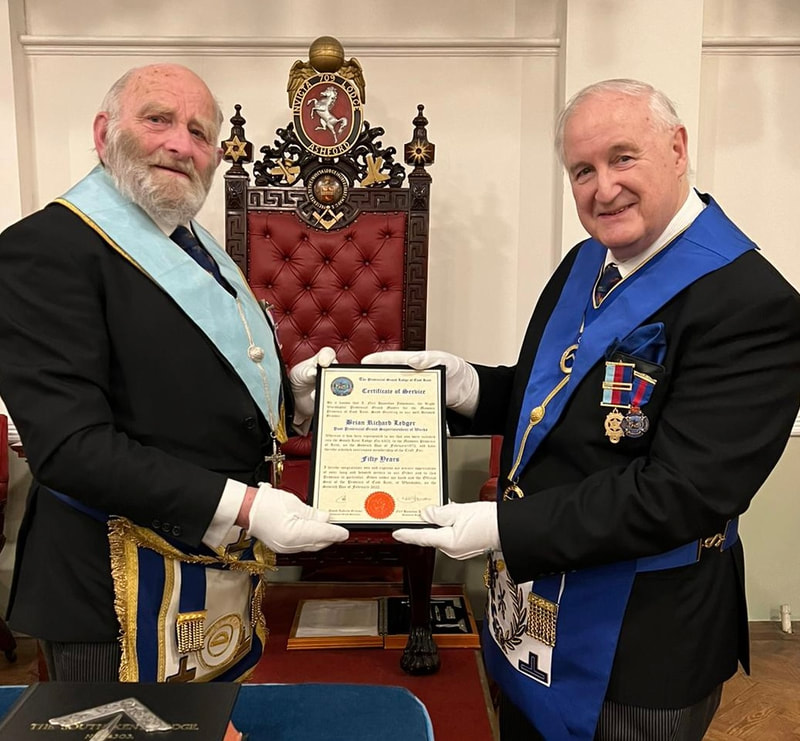