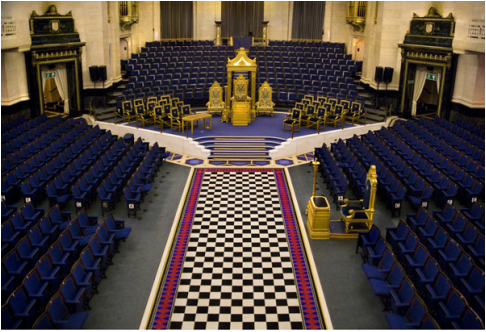 Freemason's Hall, London
The Province of East Kent recently announced the names of the East Kent Freemasons who had been offered an appointment or promotion in Grand Rank, in both Craft and Chapter

We were pleased to see that W. Bro. Stewart Cale of the South Kent Lodge had gained promotion to the rank of Provincial Assistant Grand Director of Ceremonies.

All of the members of the South Kent Lodge would like to congratulate W.Bro. Stewart on receiving this well deserved promotion.
Powered by