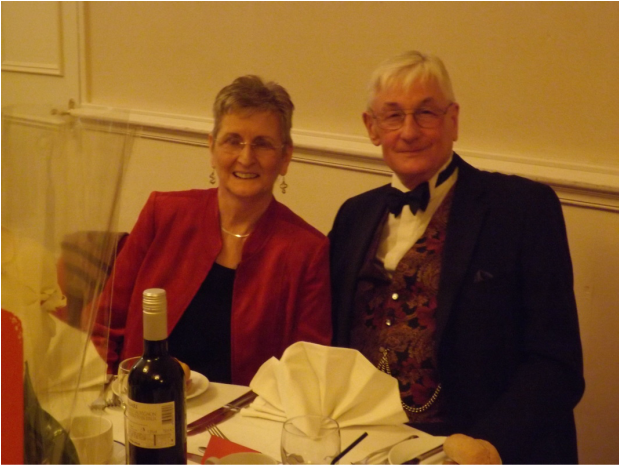 Our outgoing Master, W.Bro. Derek Warner,  was accompanied by his wife Marilyn.

Once again the duties of Toastmaster and Director of Ceremonies was in the very capable hands of W.Bro. Dennis Fordham.

The entertainment was provided by the Strung Together Quartet, four musicians who played classical and contemporary music from Bach to the Beatles and Oklahoma to Phantom of the Opera.

It was quite a departure from the usual entertainment and proved to be a total success.

​The meal was an excellent selection of various dishes and that too was enjoyed by all.

At the end of the meal it was time for the toasts, and W.Bro. Derek Warner proposed the Toast to the Ladies.
He gave tribute to all the ladies and paid special tribute to his wife Marilyn for all her support. He also thanked his daughter-in-law for all of her hard work in arranging the tables.

W. Bro. Derek then presented Marilyn and their daughter-in law with bouquets of flowers.

Marilyn then rose to give her response, in which she acknowledged her husband's tribute to the ladies, commenting that although the men thanked the ladies for allowing them to "go out to play", a moment without them can sometimes be welcome.
At this point all the ladies could be seen nodding their agreement.

Once the Strung Together Quartet had completed their entertainment, it was time to draw the raffle.

W. Bro. Derek then thanked all those who had donated so many prizes to the raffle and announced that it raised £285 which would be used for good charitable purposes.

It was then time for carriages.
​
The ladies would like to thank W. Bro. Derek and Marilyn for their gifts, each receiving a beautiful orchid.

Finally, thanks goes to everyone involved in organising the event and also to those who attended. 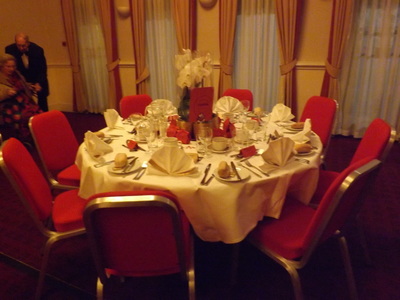 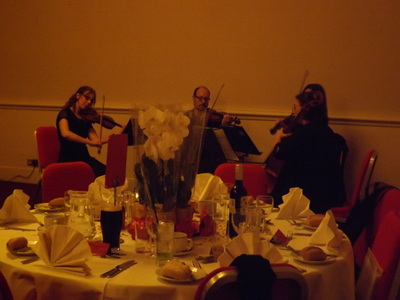 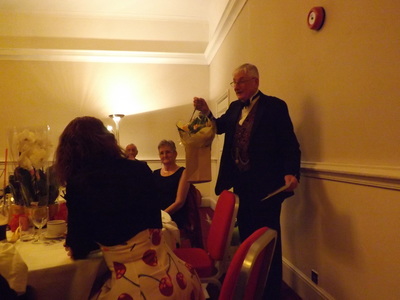 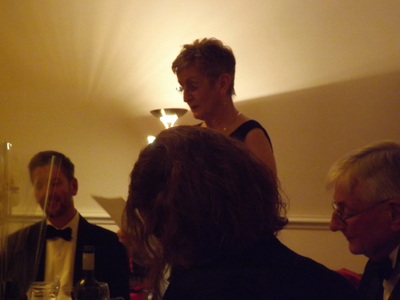 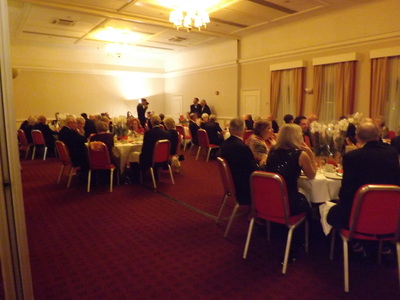 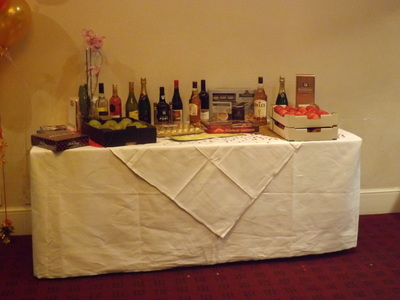